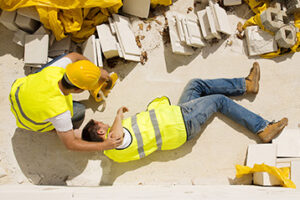 Woburn,MA (WorkersCompensation.com) — The owner of a Malden-based cleaning company pleaded guilty and was sentenced to jail in connection with an insurance fraud scheme that involved worker misclassification, Attorney General Maura Healey announced today.

Marcello Pompa, age 41, of Saugus, pleaded guilty on Monday to Workers Compensation Insurance Fraud (5 counts) and Larceny Over $250 (5 counts). He was sentenced by Judge Laurence Pierce to one year in a House of Correction with six months to be served, with the remaining balance suspended for two years. He was also ordered to not work on municipal contracts or participate in the municipal bidding process for two years, and to pay $74,000 in restitution.

“Worker misclassification is a serious issue that cheats our state out of needed resources, said AG Healey. “Employers need to follow the law and pay their fair share.”

“The IFB’s Workers’ Compensation Unit vigorously pursues premium evasion cases because it places a financial drain on the system and creates an unfair playing field for dishonest businesses,” said Anthony DiPaolo, Chief of Investigations at the Massachusetts Insurance Fraud Bureau. “This indictment shows the commitment by the IFB and AG Healey’s office to combat this type of fraud.”

The AG’s Office alleged that between 2010 and 2016, Pompa falsely claimed that he used three sub-contractors through his company, M&M Cleaning, Inc. (M&M), in order to lower his workers’ compensation insurance premiums and conceal more than $2.8 million in M&M’s payroll. Through this scheme, the AG’s Office alleged that M&M evaded paying more than $74,000 in workers’ compensation insurance premiums.

As a result of this alleged intentional misclassification, Pompa was able to win multiple contracts, including municipal contracts throughout Massachusetts, by offering a substantially lower price for their cleaning services than their competitors during the bidding process. Pompa was indicted in October 2018.

Misclassification is an increasingly common way for employers to avoid their legal obligations to employees and to unfairly compete in the marketplace. Employers that misclassify their workers avoid paying their fair share of unemployment insurance, payroll taxes, and worker’s compensation contribution. Misclassification not only puts at risk a much-needed safety net for workers injured on the job, but also raises costs for other employers.

This case was prosecuted by Assistant Attorney General Geoff Wood with assistance from Michelle Silva, both of AG Healey’s Insurance and Unemployment Fraud Unit and from investigators at the Insurance Fraud Bureau.

or call us at